When controlling power with SCR based designs, engineers are faced with the decision of what type of control mode to use;  zero-crossing or phase angle control.  In order to make the right decision the design engineer must understand the advantages and disadvantages of both control modes as well as the attributes of his or her load.

When operating in SCR phase angle control mode, the user can directly set the point on the AC voltage waveform at which the SCR's will be switched on which in turn varies the power.  By advancing or delaying the turn-on point or "phase angle", the user can regulate the power delivered to the load, as illustrated in the figure below.  Phase angle control of SCR's has the advantage of being able to control to very fine resolution while it's disadvantages include higher harmonic distortion and RFI when compared to zero-crossing techniques.  It is best suited for fast responding loads such as lamps, as well as transformer coupled or inductive loads.

Zero-crossing control mode (also called fast cycling, integral cycle, or burst firing) operates by turning the SCR's on only when the instantaneous value of the sinusoidal voltage is zero, as illustrated in the figure below.  It's advantages include very low harmonics and RFI as well as higher reliability because the SCR is turned on at zero voltage and current.

Oztek's OZSCR1000 Digital SCR Driver Board can be easily configured for either phase angle or zero-crossing control.  Both phase angle as well as zero-crossing cycle count can be controlled via an analog interface or directly using the Modbus interface. 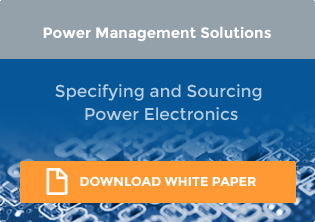